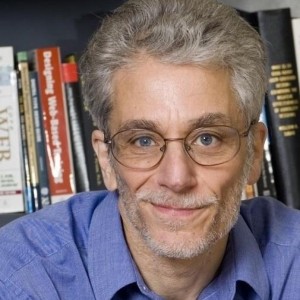 Don Byrd set out in life to become a composer, but ended up with degrees in computer science and math education as well as music; that suggests the several stages of his career. He is now retired and living in Bloomington, Indiana, where he spends a lot of time trying to keep the country from falling apart.

What’s the number one problem facing our country? In an October 2018 poll by the Pew Research Center, the most popular choices included health care, ethics in government, drug addiction, gun violence, the federal budget deficit, and the gap between the rich and the poor. But, in my view, none of those is even close. The number one problem is the one that makes it impossible to make much progress on any of the others: polarization. I’m one of the first Baby Boomers, so I’ve been around for awhile, and I’ve never seen polarization like this, to the point where people find it difficult to talk to those on the other side, even friends with whom they’ve always talked politics.

In early 2016, as the presidential election campaign heated up, I got more and more upset by the divisive and (in my view) racist campaign Donald Trump was running, and I seriously considered joining “Indivisible,” an organization that planned to use Tea Party-like tactics against him. But I became uncomfortable with the fact that that approach is itself divisive, and I started to wonder if there wasn’t a better way to use my time. Then, in May 2016, a column in the New York Times, a column by Nicholas Kristof, caught my attention. Kristof—a liberal by almost any standard, but also in my experience a man of exceptional integrity—discussed then-recent surveys showing widespread opposition by professors to their universities hiring conservatives, especially evangelical Christians, as faculty. Kristof argued that in that respect academic liberals, people who generally claim to be very open-minded and who promote many kinds of diversity on campus, are no different from the conservatives they criticize for being narrow-minded. In a later column, Kristof reported that almost all of his readers, people who are overwhelmingly liberals, agreed on one thing: they agreed that he was completely wrong! Indeed, the comment on his column that got the most “likes” was “You don’t diversify with idiots.” The funny thing is that a great many conservatives also consider those on the other side idiots. A survey shortly after the 2016 presidential election found majorities of both Clinton voters and Trump voters didn’t think they could respect anyone who voted for the other one. So who’s right?

Liberals are making a very serious mistake when they dismiss conservatives as idiots, and conservatives are equally mistaken when they do the same to liberals. The widespread belief that “the people on the other side are idiots” is the biggest obstacle to solving almost any of the serious problems facing our country and our world. If the folks who disagree with you are idiots, there’s no point to even trying to understand them!

One dictionary defines “idiot” as “a person exhibiting mental deficiency in its most severe form”, or “an extremely foolish or stupid person”. Do many liberals really believe that conservative academics are severely mentally deficient or extremely stupid? Do conservatives believe that about liberals? Not likely. The one thing in the definition that fits is the word “foolish”. Surely what each side really means is that the others’ views about public affairs are extremely foolish.

In his popular recent book Hillbilly Elegy, J. D. Vance says “It’s amazing how much just knowing other people changes the way you think and talk about them.” That’s certainly my experience. In my entire career, I’ve discussed world affairs with only two conservative colleagues: as far as I know, the only conservative colleagues I’ve ever had. In both cases, I discovered that—while I had serious reservations about their conclusions—their opinions on public affairs made a lot of sense given their backgrounds. Maybe I made them reconsider a few things (as well as vice versa), but, more important, simply knowing them as people gave me far more understanding of and respect for their viewpoints. Martin Luther King Jr. said it best: “People fail to get along because they fear each other; they fear each other because they don’t know each other; they don’t know each other because they have not communicated with each other.” (The statement appeared in “Advice for Living”, a column King wrote for Ebony magazine, on p. 112 of the May 1958 issue.)

In the early days of his presidency, George W. Bush believed we had a problem with hostility from the Arab and Muslim world because they didn’t understand us. Of course we understood them. So Bush’s confidante Karen Hughes was dispatched to explain us to them. Needless to say, that didn’t work, and since then I’ve been suspicious of the attitude “I understand you; the problem is you don’t understand me.” My experience is that in situations like this you probably don’t understand them—though it’s quite possible they don’t understand you either.

It’s far easier to find fault with others than with yourself, especially others you don’t know personally, and most especially when everyone around you agrees with you. Not only that: thinking seriously about a viewpoint very different from your own, especially on issues that are so emotionally charged, is scary! What if you realize the “other side” is correct and you and your friends are all wrong? I’m not just speculating here. A 2017 article in the Journal of Experimental Social Psychology, “Liberals and conservatives are similarly motivated to avoid exposure to one another’s opinions,” describes a study in which two out of three subjects gave up a chance to win extra money simply in order to avoid hearing from the other side. “The aversion applied to issues such as same-sex marriage, elections, marijuana, climate change, guns, and abortion. The aversion is not a product of already being or feeling knowledgeable. People anticipated that crosscutting information would produce cognitive dissonance and harm relationships.” Tough luck, readers. I’m sorry to have to give you the news, but making progress on solving the country’s most important problems requires you to risk “cognitive dissonance and harm [to] relationships”.

In Abraham Lincoln’s famous words: “A house divided against itself cannot stand.” To avoid real disaster, Americans, right- and left-leaning alike, must become more open minded—and the sooner, the better. Are you convinced? If you are, numerous organizations are working to help people on each side understand the other.

One of the most effective, and the one I’ve chosen to spend my time with, is Better Angels.