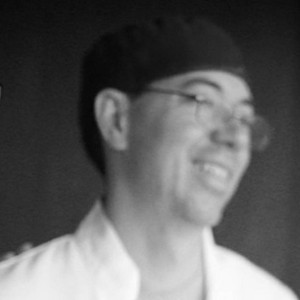 In the wake of Donald Trump’s impeachment trial and acquittal, a significant number of Americans are more concerned than ever that the President poses a threat to our democratic norms and institutions. They perceive that Trump continues to test the limits of his power, and they see a man who is willing to abandon or destroy institutional norms and safeguards in order to pursue his own narrow self-interest. Democratic culture is a fragile thing, and many worry whether our democracy can recover from the Trump presidency, or whether the genie of self-interested power and toxic politics can ever be contained again. From this perspective, Donald Trump is a thoroughly corrupt individual who must be stopped at all costs.

I can certainly understand and empathize with this view, though I ultimately disagree with it. As a NeverTrump conservative, I share many of my progressive friends’ concerns about both the short and long term consequences of the Trump presidency. But my thesis in this article is that those of us concerned about Donald Trump– both progressive and conservative– need to temper the tenor of our criticisms and find more productive ways to speak of our concerns. We need to resist over-reacting and catastrophizing, and we need give the President his due whenever we possibly can. We certainly need to stop expressing disgust and contempt for the President, either in words or body language. We need to do all this not only out of fairness and respect for the office, but also out of regard for many of our fellow Americans who support Donald Trump, some passionately so.

Like many, I had hoped that after winning the 2016 election, Donald Trump would moderate his views and behavior, adopting a more traditional, presidential tone. This has, of course, not come to pass. But what concerned me just as much as Trump’s continued behavior was the media’s reaction to it. Though their concern was understandable from my point of view, the media allowed this concern to show through their coverage. Gradually, I noticed reporters began to express more exasperation during interviews with Trump officials. Slowly, pundits began to speak of the Trump administration not with detached analysis but with skepticism and mild contempt. I began to notice media personalities rolling their eyes, making scornful faces, and displaying other examples of body language expressing contempt. Instead of acting as neutral arbiters, many began to take on the role of not merely reporting the news, but of interpreting the news.

I have always been aware of a mild liberal bias among most media organizations. This bias is the natural result of the education, culture, and urban perspective of most people in the news industry. In most cases I’ve always found this bias to be minor and unconscious, with the vast majority of reporters trying to do their job with integrity and professionalism. I always took the mild bias into account when I was consuming news. But after the election, I began to feel more and more that mainstream outlets like CNN were beginning to resemble more partisan sources like Fox News, with anchors sounding more and more like Sean Hannity. What was being presented as “fair and balanced” began to seem processed more and more through an anti-Trump lens.

This shift really concerned me because it seemed likely to confirm what many supports of Trump already believed: that the media had it in for Donald Trump. This shift was, thankfully, not akin to the even more malicious practice of giving voice to conspiracy theories and other un-newsworthy pieces as we’ve seen from some sources. But it has done a lot of harm nonetheless. Every time a media personality has framed a story in the worst possible light for the president, or exaggerated strife within the administration, or insinuated that the President must have an ulterior motive, he or she has unwittingly played into the Presidents hands, because all of these examples of anti-Trump bias seem to confirm what Trump has been all too willing to suggest: that the media has been determined to bring him down, indifferent to the will or needs or values of large swaths of the non-elite US population.

Perhaps the best example of this tendency is also the most recent. As I write, news has broken that Attorney General Barr has openly chastised the president in an interview by strongly emphasizing that the President’s work make it “impossible for [him] to do his job.” This sort of public rebuke is extraordinary, and some have rightly praised Barr for exercising independence and making crystal clear that he is not a toady of the administration.

But instead of lauding Barr’s behavior as exactly the sort of independently-minded stance so many critics of Trump have been desperate to see among administration officials, much of the coverage has been negative, suggesting that Barr is offering some kind of smoke screen to actually COVER the president rather than criticizing him, as his comments so obviously do on their surface. To me this is a clear example of Trump Derangement Syndrome, the tendency to view any action related to Trump in the worst possible light, no matter the evidence to the contrary. It concerns me greatly because it seems to edge very close to the sort of conspiracy theories which tend to dominate on the extreme right (Obama says he’s Christian, but he’s secretly a Muslim at heart.)

The refusal to take the words of one’s opponent at face value is one of the cardinal indications of extreme polarization, and this tendency must be resisted. Absent clear and convincing evidence that one’s opponent is lying or engaging in manipulation, the refusal to take their words and commitments at face value is one of the most destructive practices in politics. I don’t believe our form of government can survive with the wide spread adoption of the practice of assuming our opponent are lying, merely because they are our opponents. I took the time to read the entire Barr transcript, and it seems to me very clear that he is trying to clearly establish the independence of the DOJ. It is not fair to describe Barr as a toady merely because he sometimes agrees with Trump, any more than it’s fair to assume Hunter Biden is corrupt because he took advantage of his father’s high profile to take a lucrative position on a Ukrainian board of directors. Evidence, and not insinuation, must rule the day in our media.

As harmful as anti-Trump sentiment has been among the media, it has been just as harmful in our own personal lives, an area over which we of course have more control. Every time I use words or tones of contempt for the President, I become just so much more alienated from those who support him. Too often we equate support for the President with an all-out embrace of all of his policies and the man himself. But in my experience, few supporters of Trump love everything about him. Rather, people support Trump for all sorts of reasons despite his many shortcomings. I’ve never come across anyone who thinks his Twitter habit is a good thing. Many people support Trump despite his serious shortcomings because of other deeply held values that lead them to reluctantly accept Trump’s vices for the sake of the greater good. We do much harm by refusing to distinguish between support for Trump’s policies and support for the man and his character. Usually these policies are things that reasonable people can disagree about.

But even in more extreme cases, those in which supporters of Trump give a full-throated defense of the man’s belligerent approach to politics, we still need to exercise restraint, not because we respect Trumps views and actions, but because we respect our fellow Americans who do, no matter how wrong we might think them to be. Perhaps the most effective way to communicate with someone we strongly disagree with is to ask them earnest questions, not gotcha questions laden with scorn but genuine questions intended to increase understanding. The alternative to respecting our fellow Americans is to have contempt for them. That contempt becomes mutual and begins a vicious cycle which leads to gridlock at best and Civil War at worst. This is not a path we want to go down, but we need to accept responsibility for how our own contemptuous response to the President might contribute to his dark road.

It’s easy to think that our own personal actions have no influence on national affairs, but they do. We’re part of a culture, and even our own seemingly insignificant actions contribute to that culture. We can do our part to heal a fractured nation by being more respectful in how we talk about the President, even while criticizing his policies and behavior. And we can seek out news sources which avoid expressing contempt and disgust for the President, even while holding him to account.

Lemonade for America: A Note on Our Response to COVID-19

As many organizations have, we’ve been engaged in an ongoing conversation about the COVID-19 pandemic and the impact it might and should