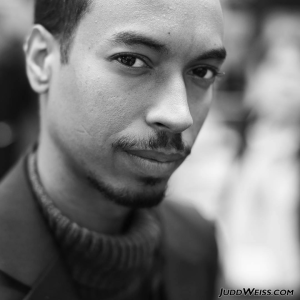 John Wood Jr. is a national leader for Better Angels, a former nominee for congress, former Vice-Chairman of the Republican Party of Los Angeles County, musical artist and a noted writer and speaker on subjects including racial and political reconciliation.

The Tweets of Wrath

President Trump wields Twitter like a battle-axe. On this, his supporters and detractors agree. He uses it to chop down his political opponents, circumvent the mainstream media, and rally his supporters. He is far from alone in this practice. But no Twitter user in America has proven themselves so able—and so willing—to explode the national conversation, time and time again, with one or two 140-character tweets. Every time he does, we learn something new—not so much about the president, but about ourselves.

Recently, President Trump used Twitter to weigh in on a controversy unfolding within the Democratic Party between Speaker Nancy Pelosi and four freshman congresswomen (Alexandria Ocasio-Cortez, Ilhan Omar, Rashida Tlaib and Ayana Pressley, collectively known as “The Squad.”) After Ocasio-Cortez expressed displeasure at Pelosi’s “persistent singling out…of newly elected women of color,” referring to Pelosi’s disparagement of The Squad for having publicly criticized Democratic colleagues on Twitter, allies of Speaker Pelosi publicly condemned The Squad for divisiveness and impracticality.

Into the fray rode President Trump, offering a rare defense of Pelosi. “I’ll tell you something about Nancy Pelosi…she’s not a racist,” Trump said, putting Pelosi in the awkward position of receiving aid from her enemy against her allies. Most Democrats, suffice it to say, were not impressed.

But shortly thereafter Trump took to Twitter to launch a larger broadside against The Squad (though he mentioned none of them by name), focusing on their supposed countries of origin and saying that they should go back to the “broken and crime infested places from which they came.” He tweeted this despite the fact that three of the four were born in the United States (Congresswoman Ilhan Omar of Minnesota emigrated from Somalia.)

So interesting to see “Progressive” Democrat Congresswomen, who originally came from countries whose governments are a complete and total catastrophe, the worst, most corrupt and inept anywhere in the world (if they even have a functioning government at all), now loudly……

Thus an inner-party brushfire became a bipartisan firestorm. Pressley, Tlaib, Omar and Ocasio-Cortez launched Twitter comebacks of their own, decrying Trump’s “corruption” and his “racism,” renewing calls for his impeachment.

THIS is what racism looks like. WE are what democracy looks like. And we’re not going anywhere. Except back to DC to fight for the families you marginalize and vilify everyday. pic.twitter.com/vYzoxCgN0X

But the back-and-forth did not flame out here. Congressional Democrats, putting aside their prior squabbles, passed a resolution in the House condemning what Speaker Pelosi herself described as the president’s racist tweets. A day later, President Trump held a campaign rally in Greenville, North Carolina, where he condemned the congressional resolution.

He then took particular aim at Ilhan Omar, accusing her of “minimizing the September 11th attacks,” of sympathizing with terrorists, of being anti-Semitic, and of looking “down with contempt” at hardworking Americans. As he did, chants of “send her back!”—meaning back to Somalia, her country of birth but not of citizenship—rose from the crowd in a jeering chorus. Those words have now echoed across the media sphere, eliciting ever-fiercer accusations of Republican racism and xenophobia, and tearing a fresh wound into the fabric of our political society.

With Republicans already on the defensive over Trump’s original tweets, the president sought to distance himself from the chants at his rally, saying that he was “not happy” with the phrase. But while many Republicans have expressed distaste for the chanting in Greenville as well as the President’s tweets, many have nevertheless defended those Republicans who declined to vote in support of the resolution condemning those tweets. This is shocking to many Democrats, who feel that President Trump and some of his supporters crossed a line which no decent American should cross, an act which all decent Americans should condemn.

But a recent USA Today/Ipsos poll shows that only 25% of Republicans who were aware of the controversy thought that the tweets were racist to begin with. Overall, 41% of the American people would not go as far as to say that the president’s tweets were racist. Even among the many Republicans who are appalled with the president’s tweets and the chants at his rally, there remains a conviction that these transgressions pale in comparison to the hypocrisy and cynicism surrounding racial politics on the left. As is often the case in politics, the crimes of one’s enemies provide cover for us to minimize the sins of our own.

All Americans should be concerned with, and should oppose, the poisons of racism, anti-Semitism, and prejudice in our society. We should also be concerned with the dearth of empathy in our civic culture and the health of our political conversation, and many of us are. For those who would seek to heal a divided nation, what is there to be learned from these recent events? What wisdom can we apply to the task of creating understanding?

The divide within the Democratic Party, highlighted by Speaker Pelosi’s conflict with The Squad, revealed a cracking fault-line among Democrats. It is between people, on the one hand, who feel that there is a tacit willingness on the part of established older white liberals to dismiss the contributions of people of color in the younger generation, and people, on the other hand, who feel that certain progressives have become disrespectful and quick to use racial grievance to gain cynical advantage in what should be civil conversations.

President Trump’s entrance into the situation revealed a much wider gulf between people who see Trump’s words, and the chants of his supporters, as a clear declaration of the racism and xenophobia of the president and conservative America, and Americans who feel that, whether right or wrong, the President’s words were meant in response to the race-baiting prejudice of anti-American congresswomen who have been enabled in their prejudice by the double standards of a Democratic Party leadership that is too cowardly and opportunistic to stand for what is right.

Even among these Republicans and conservative Americans, however, there exists a divide between those who hold these critical views of the Democratic Party, its leaders and followers, while being opposed to the expressions of hostility they see levied against their political opponents by President Trump, and those on the right who feel that these statements are justified.

If we are to restore the bonds of civic trust in our society in such a way that allows us to restore integrity to government and to vanquish the shadows of prejudice, we need to understand the stories our fellow Americans are imbibing that lead us to see the same events as differently as we do. Though the maelstrom of Twitter is hardly conducive to this, we need to have conversations that start with an understanding of the different contexts from which we are speaking, so that we may reveal ourselves to each other to be more than merely the politicized stereotypes our political leanings may suggest. This needs to happen both within and between our parties.

Because the starting assumptions that we increasingly make about each other, certainly between parties and often between differing factions of our own party, usually imply that the other person is hostile to our interests or our identity, we feel justified in being hostile to the other side in similar terms. But when we demonstrate an understanding of the context in which others beliefs are formed, it gives us greater power to speak to one another in ways that allow our minds to be opened to self-reflection.

I am of the opinion that political figures are motivated by their interests and the pressures of office to manipulate the emotions of the American people not only to gain influence, but also to deflect scrutiny. I am also of the opinion that some politicians are far worse about this than others. But our leaders didn’t concoct this from nowhere—they are always responding to emotions and opinions that the American people already feel.

As we seek to engage each other with more empathy from across these political lines, we ought to begin to demand the same from our leaders. It would be good, for instance, for Nancy Pelosi to acknowledge the feeling that many people of color have—not only within congress but across American life—that their voices are not heard enough or regarded with equal respect. It would be good for Alexandria Ocasio-Cortez to acknowledge, if she hasn’t, that we live in a time where many reasonable people feel that that they are unfairly accused of racial prejudice where no such prejudice exists. This would not mean an admission that Cortez’s concerns are overblown. But it would suggest that Cortez and The Squad were not deaf to the sensitivities of those whose point of view is different, and that they were not seeking to be judgmental or insulting.

Similarly, it would be wise for Speaker Pelosi to acknowledge the views of Republicans who feel that there has been a double-standard in the way the Democratic-led House has conducted these resolutions condemning racism, even if she were to ultimately reject the idea that a double standard exists. (Conservatives like Ben Shapiro are quick to note, for example, that while Republicans initiated a resolution specifically condemning racist remarks from congressman Steve King, House Democrats declined to specifically name or chastise Ilhan Omar in a similar resolution for remarks of her own that were widely seen to be anti-Semitic). It might show, at least to conservative Americans broadly if not to GOP leaders, that Democratic leadership is more interested in fair and reasoned discussion than it is in wielding moral judgment merely as a politically-expedient tool.

9 thoughts on “The Tweets of Wrath”