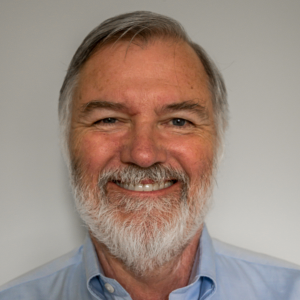 Dispatch: Where Are the John McCains?

I love John Wood.  He’s become one of my best friends, conservative or liberal, within Better Angels.  If he decides in the future to run again for public office as a Republican, I’ll support him and vote for him.

However, as a moderate blue, I disagree with his latest post, The Tweets of Wrath.

Too often, our mainstream media engages in false equivalency.  They report that one side did something, which is bad, but of course the other side also did bad things.  While I believe that if you look across the spectrum of issues, there are plenty of things that both sides could improve upon, when you look at individual issues or individual acts (Trumps tweets in this case,) there isn’t always equivalency.

For example, through Better Angels, I’ve become much more aware of conservative concerns about hostility to conservative viewpoints in our universities and colleges. I’m convinced that this is something the left needs to address. If I was writing about acceptance of political diversity on campuses, I don’t need to bring up examples where the right is hostile to liberal viewpoints.  That would be a false equivalence.

President Trump’s language, telling four American citizens to go back to the “broken and crime infested places from which they came” was racist, xenophobic and not in the spirit of our history as the land of opportunity for immigrants. It wasn’t an attack on the ideas or policies of the squad, but on them personally. It was wrong. No amount of discussion of white liberal soft racism is going to change that.

I don’t think anyone is particularly surprised that Trump engages in these kinds of tactics. He may have pushed the boundary to a new low, but it’s not as if he hasn’t engaged in divisive, personally attacking rhetoric before.

My disappointment is in the lack of Republicans who condemn Trump for this rhetoric, and instead choose to remain silent or say some version of “both sides are at fault”.  Contrast this with John McCain’s behavior in the 2008 election cycle. John McCain had the moral decency that when people at his town halls called Obama an “Arab” and a supporter of domestic terrorism, he spoke up and said “he’s a decent family man.” McCain and Obama may have had disagreements on the issues, but McCain rejected the kind of rhetoric that demonizes opponents and portrays them as anti-American.

I get that when John describes these four congresswomen as “anti-American” because they express their opinions and criticize the administration, he’s not expressing his own opinion, but is instead trying to explain how one side views the events.  John calls this “patriotic empathy”, a phrase I like a lot and something that is at the core of what we’re trying to do at Better Angels.

I also don’t jump to the indefensible conclusion that because I found these tweets by Trump to be racist, that all Trump supporters are racist. They aren’t.

However, there are times that I believe we need to go further than empathy, and we need to take a moral stand, as John McCain did, when people on our own side engage in hateful, divisive actions or rhetoric, and not try to create false equivalencies. I’d like to see more Republican office holders, more of my conservative friends in Better Angels, and my friend John take a stand on Trump’s tweets.

Can’t we criticize the policies and actions of a President and other politicians without being labeled Anti-American? And how much more effective is this criticism if it comes from our own side? Just as I ask my conservative friends to decry racism, I ask my liberal friends to condemn arrogant, over-the-top social justice warriors like those at Evergreen State College.

One of the biggest sources of polarization is rhetoric within our own groups. When you hear such rhetoric, how do you respond to it in a firm but respectful way? Better Angels has created a workshop to discuss how to do this called our “Within” workshop.

To learn more about our new Within workshop, where we teach techniques to defuse polarization both within ourselves and within our own group, please go to our website.

3 thoughts on “Dispatch: Where Are the John McCains?”