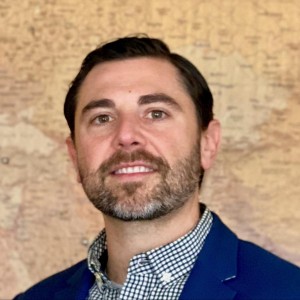 Lemonade for America: A Note on Our Response to COVID-19

As many organizations have, we’ve been engaged in an ongoing conversation about the COVID-19 pandemic and the impact it might and should have on Better Angels. As we are so reliant on community events to spread the message of civic unity, it’s been a bitter pill to swallow, but we have joined with a growing number of other groups, and advised our volunteers around the country to postpone their on-the-ground activities until further notice. That includes our annual national convention, which had been planned for early June.

But a consistent theme of our conversations has been turning that bitter fruit into lemonade. We’ve had an eye toward moving more of our programs online, and now seems like an ideal time to prioritize it. In fact, we’ll be increasing the number of online debates we hold, which our members find so engaging; we’re hoping to hold one every Thursday night, starting with one about socialism next Thursday, March 26th. You can sign up for that debate here.

We hope that through this challenge we might hone our efficiency, and take the step that truly leads to the inflection point at which we can have a significant impact on the tone of our national conversation.

In the coming years, it’s likely that there could be many changes to our country and the rest of the world. Advances in technology may very well stem from what we’re living through currently. There’s little doubt that after the virus passes we’ll see a sustained trend towards working remotely. We’re beginning to run a giant experiment as a society, in which all jobs that can possibly do so will be done from afar, and the ones for whom it continues to make sense after the crisis might keep at it.

Our new emphasis on remote workshops will stress test the power of our exercises, and help us create a world in which anyone around the country will be able to join together with anyone else and learn something from someone with a very different background and perspective.

There may yet be other impacts on the fabric of society, with perhaps new hygiene habits going widespread, and one might even conceive of the death of the millennia-old handshake.

One area where there’s no doubt that change needs to happen, though, is the nature of our civic relationships. It seems clear that the United States is at its most united when confronting a challenge together. It would benefit us greatly to make this one of those challenges, since we’re seeing the consequences of division at their gravest.

Unfortunately, we’ve lost much of that societal trust at the moment when we most need it. This truly seems to be the greatest existential test we’ve faced as a nation since that rupture burst into full view. Whether we can come back together will say a lot about us as a people.

We at Better Angels are in the depolarization field because we see this work as incredibly important to the survival and thriving of our country. It’s just as important that we get this mission right as it is that we do what we can to maintain the health of, say, our economy, in such trying times.

And make no mistake, there will be economic suffering from this health crisis. There will be job losses as companies adjust to the dip in demand. There may even be newly homeless, and those who have lost their savings.

The worst projections we’re seeing put the potential loss of life on par with that of a major war, though with our country rapidly de-mobilizing in recent days it looks like we have the potential to head off the worst-case scenario. But we should at least be ready to open our hearts to one another to bring us back together, which might also include opening our wallets, in a collective effort to aid those affected.

In the past, the challenges we’ve faced collectively have helped us to unite and rise together to meet them. From World War II, to the Cold War, to the September 11th attacks, we’ve embraced unity to move us forward. This public health threat beckons us to once again join together, and one upside is that it doesn’t require us to demonize an outside group, and can even help us find unity with the rest of the world.

So we call on Americans of every stripe to rise to this occasion, and join Better Angels in the work we’re doing to reunite our country, even if for the time being that means “coming together separately,” through online events.

We can do this. We must do this. Let’s emphasize our shared humanity, and rise to this challenge as one nation.

In the wake of Donald Trump’s impeachment trial and acquittal, a significant number of Americans are more concerned than ever that the